My first post, introduction to me, had the most comments. I think it had the most, because other people were able to relate to me. I enjoyed writing my post on our galaxy the most, because I did research as I wrote it and got to learn new things. I changed my theme multiple times, because I couldn’t decide which one I liked. I don’t have any widgets on my blog. I think I should’ve had more, but I couldn’t figure out how to put them on my blog.

Pluto is a dwarf planet that used to be considered a planet. It is one of the largest memebers of the Kuipter belt. The Kuipter belt is a collection of icy bodies located on the edge of solar system. Pluto was demoted to a dwarf planet in 2006. According to scientists the definition of a planet is a celestial body that is in orbit around the Sun, has sufficient mass for its self-gravity to overcome rigid body forces, so that it assumes a hydro static equilibrium (nearly round) shape, and has cleared the neighborhood around its orbit.

There are 5 officially recognized dwarf planets in our solar system. They are Ceres, Pluto, Haumea, Makemake, and Eris. With the exception of Ceres, which is located in the asteroid belt, the other dwarf planets are in the outer solar system. It is suspected anther 100 or so known objects in the solar system are dwarf planets. (http://space-facts.com/dwarf-planets/)

Astronomers have figured out that there are at least 146 moons in our solar system. There are another 27 moons awaiting official confirmation of their discovery. This number does not include the six moons of the dwarf planets. This does not include satellites that orbit asteroids either. Jupiter has a total of 23 confirmed moons. That is the most out of the 8. planets.https://en.wikipedia.org/wiki/Milky_Way

One of the most popular foods here is ramen noodles. I haven’t heard anyone here say they haven’t had them. They come in many flavors such as chicken, beef, chili, shrimp, and oriental. The majority of people tend to eat chicken ramen. Most people cook them in the microwave times varying from 2-6 minutes. It depends on how crunchy you want the noodles. Some people even eat them raw with the flavoring.

A lot of people here drink iced tea or Arizona tea. I personally don’t like tea, but practically everyone else does. They come in many flavors from iced tea, green tea, pomegranate green tea, and blueberry white tea. You can buy them at practically any store. From regular grocery stores to gas stations.

Another popular food is cheetos. I can’t think of anyone who doesn’t like cheetos. You can buy them at any store here. They even sell them at the school for lunch. They have different versions of cheetos such as crunchy, puffs, flaming hot, cheddar jalapeno, and oven baked. The most popular kind here is probably flaming hot. The different flavors also typically come in either puffy, crunchy, or normal. They also have the majority of flavors in an oven baked version.

It ’twas the night before Halloween and all through the house ghosts were stirring the monsters under your bed. Waking them for the night of fright. The creatures slithered from under your bed and you felt them brush against your ankles. Jumping on your bed from the scare you stare as the closet door creeps open. Shadows seeped out and danced on your walls. 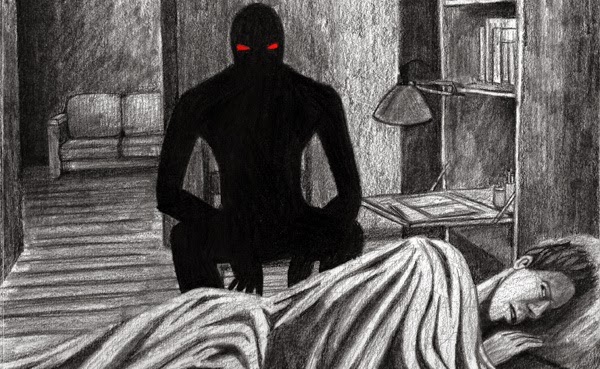 Taps on the window pulled your gaze from the closet.The skeleton tree tapped your window. He wanted to join the party. The ghouls of the night opened up the bedroom door. In they walked bringing witches on broomsticks. Their slick black cats dashed in behind them. Finally, the skeleton tree opened up your window and in flew a bat. The fireflies flew in too and lit the room like a disco ball. Light flashed around the room and suddenly you realized it wasn’t to scare you at all. The ghosts, the ghouls, shadows, witches, bats, black cats, and skeleton tree only wanted to have a Halloween party and they had invited you.

My favorite time with my family was when we went to St. Louis, Missouri. It was the summer between third and fourth grade when we went. It was my mom, sister, and grandma who went. My dad couldn’t come, because he had to work. The first place we went to was the arch. 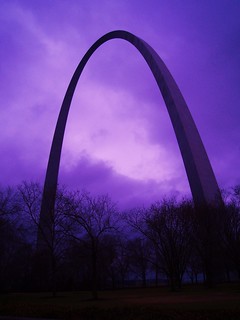 When we went into the elevator it was tiny! There were seats inside and when we went up it would go to the side every once in awhile. The air kept getting thinner and thinner. At the top of the arch we got out and there were tubes that were helping bring air up. I looked out the window it was so high up. You could see the tops of the buildings and the people looked so tiny. Being scared of heights though I had to step back, because I was starting to feel sick.

Far too many people these days hide their feelings. They go to school or work and wear a smile no matter what. The thing is they’re good at it too. Their best friend could’ve died the day before, but they will pretend that they are ok. This is very bad for you. The feelings all build up and you can get very depressed.

You should to speak up and tell people whats going on. Find a friend or someone you trust to talk your feelings through with. Things like this are especially common in teenagers. They won’t tell anyone if their upset, because they don’t want to seem weak or needy. Some people do speak up to someone they trust and that person will say they’re faking it.

If they say that they are not a true friend. Everyone gets upset about things it’s normal. Nobody is perfect. If you do not speak up about things that are upsetting you nobody will be able to help you. You may think that if they cared they would notice, but they can’t tell that you’re upset if you hide it from them. Speak up and tell someone what you’re going through.

When you talk about your feelings it helps you feel better about it. Don’t sit in silence and pretend to be ok if you’re not. It’s ok to be sad or angry. It’s ok to show your feelings. Nobody’s going to judge you poorly for being human. It’s proven that hiding your feelings has a very negative affect on your mental health. Having bad mental health can actually cause you physical pain and stress.

Don’t let people tell you you cant be upset, angry, or that your life is perfect. If they think somebody’s life can be perfect they are blind to this world. Everyone goes through hard times. Everyone sometimes feels insecure and that is ok. If they didn’t sometimes feel insecure upset they wouldn’t be human.

In real life I’m usually quiet unless I’m around my friends. I don’t really tell people very much about myself unless I trust them. I typically hide it if I’m upset or angry, because I don’t like people to know. When I’m online I’m more open about myself. On social media I usually don’t add anyone I know, because I don’t want them to see my posts. The things I post are usually personal and anonymous. Whenever I do have an account I add people I actually know on I usually have another account that I use which is more personal.

Hi my name is Chloe. I was born in Des Moines, but moved here shortly after. I’ve spent the mass majority of my life in Fort Dodge. My parents are Kurt and Deanna. I have one sister named Maddie. She is 16 years old.

My sister and I are both diagnosed with Tourettes Syndrome. Tourettes syndrome is a neurobiological disorder that causes you to do things without your control. We both also have ocd and sensory integration disorder. My sister has hashimoto’s disease which is an autoimmune disease causing chronic inflammation and consequential failure of the thyroid gland. My mom has crohn’s disease which is a chronic inflammatory disease of the intestines, especially the colon and ileum, associated with ulcers and fistulae.  All in all my family has a lot of diseases.

My favorite things to do in my spare time are reading, writing, playing video games, and watching Netflix. My favorite show is Doctor Who. Doctor who is a sci fi show about a man called The Doctor. He is a timelord from the planet gallifrey who travels around in a TARDIS (Time And Relative Dimensions In Space.) My favorite movie is the original Alice In Wonderland. It has always been my favorite ever since I was little. I’ve always adored the idea of being to escape into a world of fantasy. My current favorite video game is Alice Madness Returns. I love how it takes Alice In Wonderland and puts a dark twist on it.